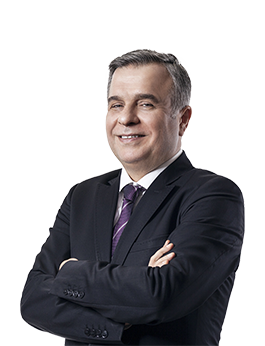 Board of Directors Executive Director

Born in Malatya in 1968, Mürsel Özçelik graduated from Kabataş High School in 1986 and completed his bachelor’s degree in the Control and Computer Engineering Department of Istanbul Technical University. Özçelik, who had founded Penta Bilgisayar together with his university friends in 1990, within years established the basis of the strong position of Penta Teknoloji has today, via having an active role in the merger and acquisitions of leading companies of the sector. Over 30 years of experience, Özçelik, until 2022, had been the General Manager of Penta Teknoloji as the founding partner and since the beginning of 2022, he has been continuing to add value by contributing to the company as the Executive Director of the Board of Directors. 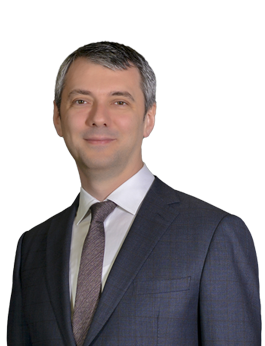 Graduated from Fatih University Political Science and International Relations Department in 2001, Fatih Erünsal started his career in 2003 at Yıldız Holding IT group companies and assumed various roles ranging from product to sales management. In 2007, as Sales and Marketing Manager of Hızlı Sistem, he managed retail operations and import and distribution processes of the company. He contributed merger process of Penta Bilgisayar and Mersa Sistem which was one of the biggest mergers in the sector in 2012.

As Penta Technology Sales and Marketing Director, he had an active role in acquisitions of Ekip Elektronik, Beyaz İletişim, Medyasoft, Sayısal Grafik & Exper and the merge of corporate operations and he paved the way for establishing the strong position of Penta Technology in the sector. Assuming the role of Sales and Marketing Deputy General Manager since 2017, he had an active role in the IPO process of Penta Teknoloji in 2021. Erünsal, to intensify his management experience he has gained for many years, attended the Harvard Business School General Management Program in 2019 and successfully graduated, and since the beginning of 2022, he has been working as the General Manager at Penta Teknoloji.

Graduated from Management Department of Middle East Technical University and started her career as auditor at PwC, Gülay Bal had provided consultancy and auditing services to customers mainly from manufacturing, energy, automotive, construction and tourism sectors for many years. In 2010 she joined Yıldız Holding where she worked as the Division CFO of Processed Meat, Frozen Food and Personal Care Group for the last five years. Bal, with her experience in cash management, implementation of reporting and performance management systems, risk analysis, corporate acquisitions, investment analysis, development of business strategies, establishment of customer credit risk management systems, foreign financing, investor relations and internal control systems and alike fields, joined Penta Teknoloji as CFO in 2019 and had an active role in the IPO of the company in 2021. 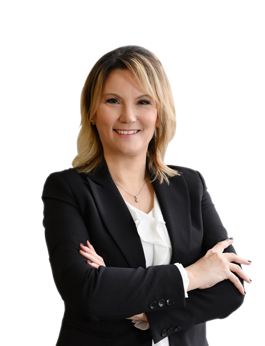 Graduated from Istanbul Technical University Control and Computer Engineering Department in 1996, Yasemin Budak started her professional career in the banking sector. Budak, who worked at various levels in the banking sector, took an active role in global IT projects as well as being responsible for IT infrastructure and operations, project and budget management as the Executive Vice President for Infrastructure and System Management at Intertech until 2012. Budak joined Penta Teknoloji in 2012 and had been assuming the role of Information Technologies and Business Development Director for 7 years. Since 2019, with her expanding field of responsibility including digital transformation, logistics and technical service, she has been working as Digital Transformation and Operations Director (CIO-CDO). Budak is also contributing and providing consultancy for digitalization projects of Yıldız Holding group companies. 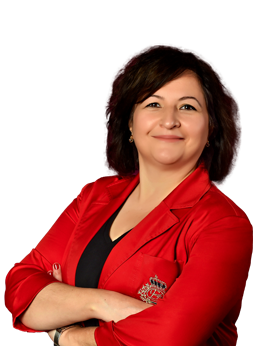 Graduated from the Management Department of İstanbul University in 2000, Ayperi Atalay Cilvezoğlu completed her master's degree in Human Resources Management & Development at Marmara University. Cilvezoğlu, who started her professional career in consultancy, joined Penta Teknoloji, one of the Yıldız Holding group companies, in 2011 and is still responsible for the management of human resources functions. Cilvezoğlu completed her doctorate in the Department of Interpersonal Communication at Marmara University in 2021 and has been working for Penta Teknoloji as Human Resources Director (CHRO). 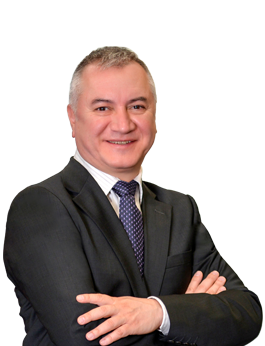 Graduated from Istanbul Technical University Control and Computer Engineering Department in 1989, Arda Serim began to work for Penta Teknoloji as Sales and Marketing Manager in 2015, upon acquisition of the software distribution company, Sayısal Grafik which he was a co-founder, by Penta Teknoloji. Having extensive experience in IT sector on value added distribution, business development, vendor management, marketing, channel management and digital processes, he has been working as Business Development and Marketing Director for sales of software products and services from the beginning of 2022. 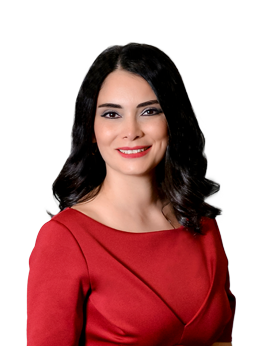 Gamze Okay graduated from Marmara University, Faculty of Economics and Administrative Sciences in 2001 and then completed MBA program at London Metropolitan (Guildhall) University in 2002. Okay, who started her professional career in automotive sector, worked in sales, marketing, and customer relations roles, gained experience in foreign trade and multinational companies for more than 7 years. During her IT sector experience started in 2012 with Medyasoft IT Group and then continued at Penta Teknoloji from 2013 on, she took many responsibilities in the areas of enterprise channel, customer experience management, sales, marketing and business development for software, hardware, service, and cloud technologies. She has been leading the “Enterprise” division in Penta Teknoloji since 2018 and acting as Business Development and Marketing Director for this unit since January 2022. 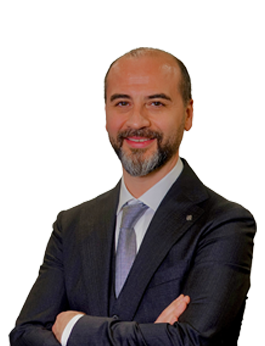 Bülent Köken, graduated from Management and Tourism Hotel Management, started his professional career at Mersa Elektronik in the sales and marketing department. Between 2010-2011, he assumed the role of Sales Manager for Exper, one of the Yıldız Holding group companies. Köken, executing Sales Manager role since 2011, together with the experience on operations, channel management, finance and risk management, and strategic business development he gained, continues to work as Sales Director of Penta Teknoloji as of 2022.